By Marc Amigone, Director of Sales

Don't miss your chance to be part of Digital Sales and Marketing World!

*IMPACT Live has evolved into "Digital Sales and Marketing World". Join us at the only conference where marketing, sales, and leadership teams get aligned on digital, and ignite true business transformation.
Discover DSMW Now

IMPACT Live was one of the best marketing conferences I’ve been to in a long time.

While you may be thinking, “Sure, you work for IMPACT, of course, you’ll say that,” but I’ll be honest with you -- I was an IMPACT Live skeptic.

Seeing the massive amount of time, energy, and money our team was pouring into this event conference for months and months, I wasn’t totally sold on this conference being worth it.

However, as I sit here writing this article, I couldn’t be more grateful to have been a part of it.

The inspiration I took from meeting all the people who came to learn and grow during those two days, the amount I learned from the sessions, the time I spent networking and meeting with people from across the industry, it all was absolutely invaluable.

If I were to boil down what I learned at IMPACT Live 2018 into 5 takeaways, though, they would have to be the following.

1. Marketing is a Game of Assumptions

It might seem like common sense when you read those words, but when HubSpot’s Kipp Bodnar said them on the stage, they hit me like a ton of bricks.

I immediately thought back to the hours of meetings I’ve been in where strategic choices were hotly debated all in the abstract.

People slammed tables defending their ideas (citing experiences they had in past companies or past campaigns that made them absolutely certain their idea would work this time around but without a single bit of user data to back them up).

Kipp Bodnar’s example of this phenomenon was how they transformed their lead nurturing strategy into a ‘Choose Your Own Adventure’ novel. 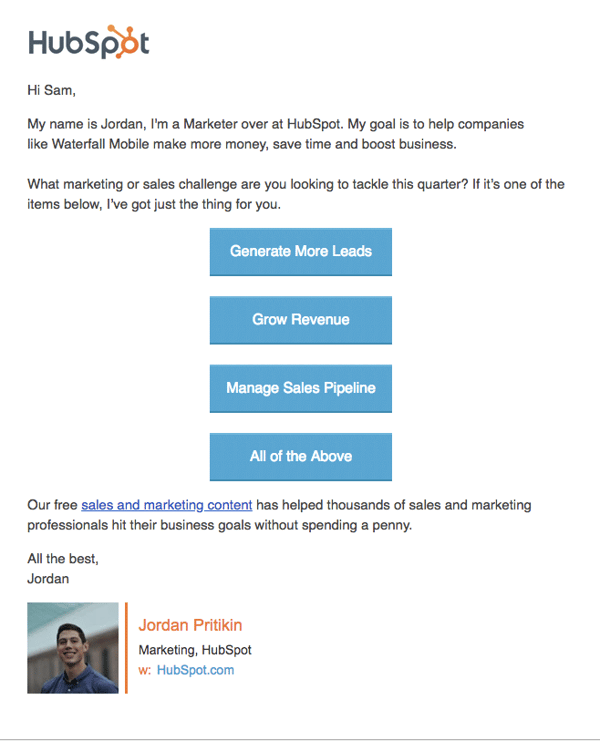 The first email they sent in the nurture campaign asked people what they wanted to learn more about, then triggered branching logic to classify recipients into different categories based off of this.

Once they followed through with giving people what they said they wanted, open rates skyrocketed.

Seems like common sense, but sometimes the simplest conclusions are the hardest at which to arrive.

2. Never Underestimate the Power of a Community

In the opening session of the conference, Marcus Sheridan’s introduced the new ‘Inbound Manifesto’ which included Community as one of the core pillars.

Following this trend, one the most insightful sessions of the conference was IMPACT’s own, Stephanie Casstevens’ “Building and Maintaining an Engaged Online Community.”

If you’re interested in building trust and helping people (which every organization should be in some respect), investing in a community is a no-brainer.

Investing in a robust and active community where all you’re looking to do is help will pay off in spades.

It helps people learn from each other in an environment built and influenced by you and your brand.

It will give you a rare opportunity to observe your customers in their natural habitat, which will help you learn how to better solve for their needs.

It will also help them feel like they’re part of something bigger than themselves, boosting their loyalty and your likelihood of retention (and according to HubSpot’s recent customer acquisition study, it costs anywhere from 5 to 25 times more to acquire a new customer than to retain an existing one.)

Our Facebook Group, IMPACT Elite has been a massive success story for us, and it’s all because we decided to commit to fully supporting it.

Stephanie outlined several key tactics to make a community successful such as being present, responding to the community’s needs and questions, and using tools like video to humanize the entire experience.

3. Video is the Future Present

During our block of sessions about video and its place in the modern marketplace, the message couldn’t have been more clear: Incorporating video into your sales and marketing efforts is no longer a luxury—it’s a necessity.

If you’re not investing in video as a core part of your marketing efforts to build awareness of your brand, be helpful to your customers and prospects by giving them valuable information, and engage with them during all sections of the sales process, you’re going to get left behind by the competition.

Tyler Lessard from Vidyard broke down the essentials of what kinds of video you should be creating —Hype, Help, HOLY SH*T—and the effect empowering your sales and marketing teams to create their own videos can have.

IMPACT’s Zach Basner broke down ’The Video 6,’’, and Marcus Sheridan hit the audience with some compelling stats around how prolific video will be by as early as 2019 – 80% of all online content consumed will be video—as well as that social video content is 1200% more likely to be shared than text and images.

And if Tom DiScipio’s session on how our team uses GoVideo didn’t make attendees want to immediately spin up a trial version of GoVideo for their sales teams, I don’t know what could. Check out this article from him on the topic if you don’t believe me.

"Your story is the start of what sets you apart.”

If I took one thing from Ann Handley’s keynote on content marketing, “The Big, Bold, Brave New World of Content Marketing,” it was doing the same old boring content won’t connect with customers like it used to.

The world is an increasingly competitive place when it comes to the fight for attention (and it’s getting worse every day).

The marketing messages that will ultimately stand out are the ones that aren’t afraid to grab people’s attention. Whether they be funny, surprising, thought-provoking, revelatory, or simply emotional, those are the messages that connect, are remembered, and talked about. 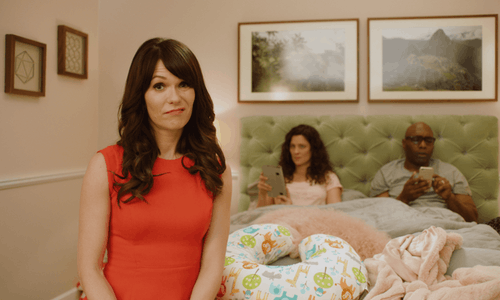 Ann referenced the Humane Society of Silicon Valley’s campaign around Eric and that got 75 million views and the ultimate in brave marketing campaigns, ‘Do Your Partner’ by Plum Organics.

Both campaigns broke through the noise to leave a lasting impression on their target audiences generating millions of impressions and building immeasurable brand loyalty because of their bold narratives.

They touched upon controversial or emotional subject matter people may not always feel comfortable talking about (i.e. couples’ sex lives after having children) and started a conversation. People felt they could relate to these brands because they understood their pain points and didn’t shy away from addressing them.

A core piece of any strategy to create viral moments is giving people a story to tell about your brand. These two campaigns knocked that out of the park.

5. Helpfulness Should Be In Every Value Prop

One thing I heard on the Live stage that really resonated with me deeply was when IMPACT CEO, Bob Ruffolo, responded to the idea that agencies in the crowd might be ‘stealing’ IMPACT’s ideas or try to steal our clients.

Bob’s conclusion (and this is a HUGE reason why I love working at IMPACT) was if what we do for our clients is so easy to replicate, and our product is so undifferentiated, we need to do better.

If what we’re offering to the marketplace is so easy to find that us simply talking about it on stage at a conference lets our competitors beat us out for new business as a result, we’re doing something terribly wrong.

The reason why I found this so impactful is transparency and helpfulness are two core components of any successful inbound culture at any company.

If a company isn’t willing to share information to help their core audience of prospects and customers succeed, they’ll never get anywhere with inbound marketing.

Helping people succeed is what inbound is all about. Once people genuinely trust that you’re here to help them, that’s where the real sales process begins.

When companies claim it’s not in their interest to share what makes them special, they’re only preventing themselves from gaining new business.

All five of these points speak to the inbound manifesto:

Inbound is a culture, a philosophy that all of us are constantly helping grow and evolve. IMPACT Live was an opportunity to rally behind this movement of like-minded individuals and help contribute to something big.

IMPACT Live 19 will be the next chapter of that evolution. Will you be there?

They Ask, You Answer: A Revolutionary Approach to Digital Sales & Marketing for Businesses

9 Signs IMPACT Live Is Right for You

How AIS Earned $100K in Initial Sales with They Ask, You Answer

How One Company Turned They Ask, You Answer into $20M+ Results